9 reasons to invest in African ICT

The African continent has attracted numerous international investors seeking new business deals across the continent.  Africa is being promoted as the next global technology hub and the continent is said to be on the brink of unprecedented growth and prosperity. 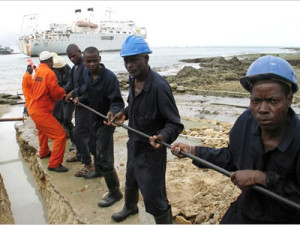 Africa has experienced rapid growth in the ICT sector and with over half a billion mobile subscribers, the continent is set to become a choice destination for telecom investors.

According to Carsten Brinkschulte,former CEO of Synchronica, a UK based mobile messaging service provider– “The negative publicity that plagues Africa as a business destination is outdated. While corruption, poor infrastructure and institutional bureaucracy can certainly make for a challenging business environment, Synchronica has found the continent to be incredibly entrepreneurial and backed up with a wealth of highly skilled, resourceful and incredibly talented people”.

Here are 9 reasons to invest in African ICT

Africa’s infrastructure has improved over the past 5 years with new roads, airports, power plants and communication networks projects being planned and rolled out across the continent. According to NEPAD.org, in July 2010, African leaders launched a new programme for infrastructure development in Africa (PIDA), led by the African Union, New Partnership for Africa’s Development (NEPAD) and African Development Bank (ADB). According to the NEPAD.org website, the initiative is said to have a budget of several billion dollars.

The PIDA report should be finalised by the end of the year for presentation to African heads of state in January 2012.

Global mobile telecommunication companies that have taken the bold step of investing in the African mobile industry are reaping a high return on investment (ROI). A typical example is Bharti Airtel, a company that is currently investing over $1 billion in its mobile operations in Africa.  Bharti declared a profit of US $13 billion in Africa for 2010/11 financial year. The mobile industry still offers opportunities for investment as the penetration rate on the continent is at a very low level while demand for mobile services remains high.

Africa’s mobile transactions are spearheading the future of banking on the continent. Safaricom Kenya’s M-Pesa is currently dominating the East African mobile money landscape. According to Comviva’s VP Mayank Sharma, mobile money is Africa’s fastest growing VAS service. In the next 5 years the service will spread to the rest of Africa. In Uganda, the introduction of MobileMoney services in March 2009  changed the country’s entire banking culture.

Africa has experienced a massive boom in mobile phone access with more than 500 million active mobile phones across the continent. Africa’s Mobile internet uptake continues to grow at an alarming rate, with Uganda, for example, having grown by about 15% in less than 2 years.  According to the Guardian, Africa’s vast mobile population is creating a new investment opportunity for mobile operators, content providers, smart card companies and mobile phone manufacturers. The African continent is at the heart of the mobile revolution.

e-Government has arrived in Africa and great progress has been made to fully implement projects such as sms gov services and setting up information kiosks at various community centres. In South Africa, some local municipalities are investing and rolling out their own broadband services in order to build countrywide digital cities. In Kenya the government has launched an open data portal to provide citizens with access to Government data online. Most information from Africa’s government departments is disseminated to the public by using various e-Government platforms including web, and mobile devices.

Generally, there is a demand for e-Government solutions on the continent that service providers can tap into.

The use of mobile technology in African commercial farming is gaining momentum. Mobile phones are currently being used by farmers in various African countries to determine daily farm prices in local markets, , process orders and to issue warnings of an imminent drought or severe rain.. e-Agriculture has fast revolutionised communication between subsistence and commercial farmers. There is also extensive research and investment in Africa’s e-Agriculture sector.  In 2012, Africa will host the 3rd annual IAALD Africa Chapter conference that will focus on how e-Agriculture can improve livelihoods and food security across the continent.

This is not strictly ICT related but energy generation is one area we felt should not be left out of any discussion on investment opportunities in Africa.

A major discussion taking place is green technology/solar energy and how Africa can benefit from it. The African continent is endowed with energy resources but most of it remains untapped. Some African countries have invested in cross border power trade and are actively working to reduce carbon emissions. In 2010, the World Bank approved 11 energy projects across the continent.

African Scientists and health professionals are using the latest technology to diagnose some of the continent’s most deadly diseases. For example Cellscope (a microscope attachment for cellular phones which is designed to allow field workers to take images of specimens and send them to an expert for diagnosis.)  is being used in Malawi to diagnose malaria, and there’s a demand for collaborative technologies that provide rural doctors with access to internationals experts during medical procedures in real time.