Portions of this text may be reproduced for the purposes of review of Nelson Mandela by Himself without seeking further approval, and must be accompanied by the following copyright line: copyright © 2010 by Nelson R. Mandela and The Nelson Mandela Foundation or From Nelson Mandela By Himself: The Authorised Book of Quotations

Long speeches, the shaking of fists, the banging of tables and strongly worded resolutions out of touch with the objective conditions do not bring about mass action and can do a great deal of harm to the organisation and the struggle we serve.

Many people in this country have paid the price before me and many will pay the price after me.

SPEECH IN MITIGATION OF SENTENCE AFTER BEING CONVICTED OF INCITING WORKERS TO STRIKE AND LEAVING THE COUNTRY ILLEGALLY, OLD SYNAGOGUE, PRETORIA, SOUTH AFRICA, NOVEMBER 1962

On the liberation movement

If I had my time over I would do the same again. So would any man who dares call himself a man.

SPEECH IN MITIGATION OF SENTENCE AFTER BEING CONVICTED OF INCITING WORKERS TO STRIKE AND LEAVING THE COUNTRY ILLEGALLY, OLD SYNAGOGUE, PRETORIA, SOUTH AFRICA, NOVEMBER 1962

Difficulties break some men but make others. No axe is sharp enough to cut the soul of a sinner who keeps on trying, one armed with the hope that he will rise even in the end.

FROM A LETTER TO WINNIE MANDELA, WRITTEN ON ROBBEN ISLAND, 1 FEBRUARY 1975 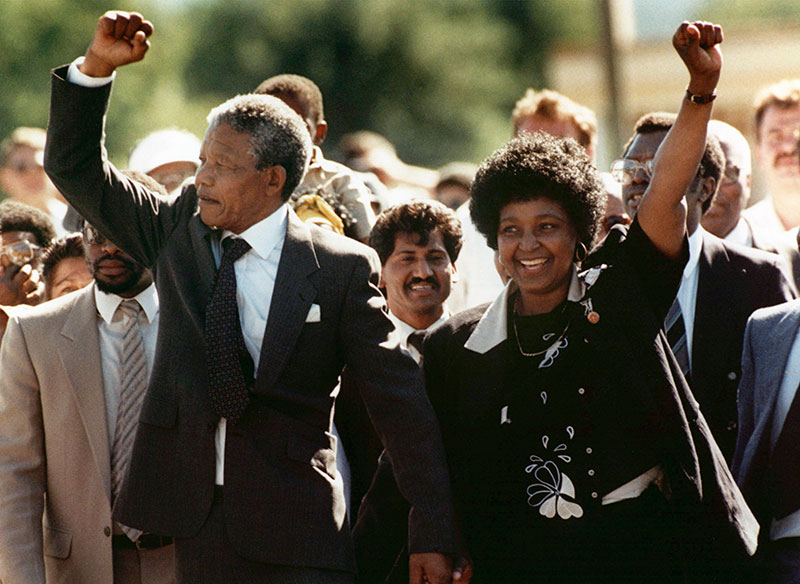 I like friends who have independent minds because they tend to make you see problems from all angles.

FROM HIS UNPUBLISHED AUTOBIOGRAPHICAL MANUSCRIPT WRITTEN IN PRISON, 1975

I have never regarded any man as my superior, either in my life outside or inside prison.

I never think of the time I have lost. I just carry out a programme because it’s there. It’s mapped out for me.

FROM A CONVERSATION WITH RICHARD STENGEL, 3 MAY 1993

Death is something inevitable. When a man has done what he considers to be his duty to his people and his country, he can rest in peace. I believe I have made that effort and that is, therefore, why I will sleep for the eternity.

FROM AN INTERVIEW FOR THE DOCUMENTARY MANDELA, 1994

I had no specific belief except that our cause was just, was very strong and it was winning more and more support.

On freedom of expression

A critical, independent and investigative press is the lifeblood of any democracy. The press must be free from state interference. It must have the economic strength to stand up to the blandishments of government officials. It must have sufficient independence from vested interests to be bold and inquiring without fear or favour. It must enjoy the protection of the constitution, so that it can protect our rights as citizens.

It is in the character of growth that we should learn from both pleasant and unpleasant experiences.

Real leaders must be ready to sacrifice all for the freedom of their people.

It is never my custom to use words lightly. If twenty-seven years in prison have done anything to us, it was to use the silence of solitude to make us understand how precious words are and how real speech is in its impact on the way people live and die. 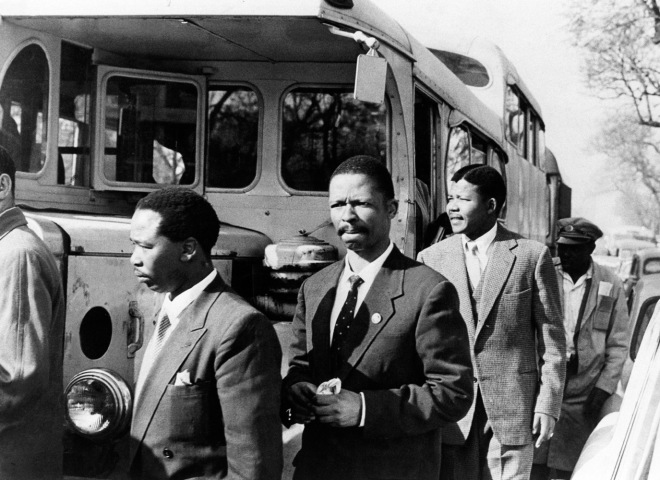 What counts in life is not the mere fact that we have lived. It is what difference we have made to the lives of others that will determine the significance of the life we lead. We tried in our simple way to lead our life in a manner that may make a difference to those of others.

Those who conduct themselves with morality, integrity and consistency need not fear the forces of inhumanity and cruelty.

When the history of our times is written, will we be remembered as the generation that turned our backs in a moment of global crisis or will it be recorded that we did the right thing?

You sharpen your ideas by reducing yourself to the level of the people you are with and a sense of humour and a complete relaxation, even when you’re discussing serious things, does help to mobilise friends around you. And I love that.

FROM AN INTERVIEW WITH TIM COUZENS, VERNE HARRIS AND MAC MAHARAJ FOR MANDWLA: THE AUTHORISED PORTRAIT, 2006, 13 AUGUST 2005

A fundamental concern for others in our individual and community lives would go a long way in making the world the better place we so passionately dreamt of.

Everyone can rise above their circumstances and achieve success if they are dedicated to and passionate about what they do.

Download the PDF version of these selected quotes here.

The Promota Magazine
← Previous Story ‘Our nation has lost its greatest son’: Nelson Mandela dies at the age of 95
Next Story → Zimbabwe: Who Is the Richest?