How “Seinfeld” – The Most Profitable Sitcom In History – Almost Never Happened

The common saying, “making something out of nothing” is a phrase that seems as if its origins should stem directly from the the television show Seinfeld. The comedy series that was famously known for being “a show about nothing” was not only massively successful during its nine-season run on NBC, it has continued to be a syndicated cash cow more than 15 years since its finale. How much of a cash cow? In the last 10 years alone, Seinfeld syndication has generated an estimated $3 billion in revenue. That’s billion with a b. Yes, the most successful television show in history has made its star, Jerry Seinfeld, the highest-earning comedian year after year. Co-creator and executive producer Larry David is not far behind. And yet, like so many contemporary cultural behemoths — Harry Potter being denied by publishers, Michael Jordan being cut from his high school basketball team, Marlon Brando initially passing on The Godfather— Seinfeld came within a heart beat of never existing at all. 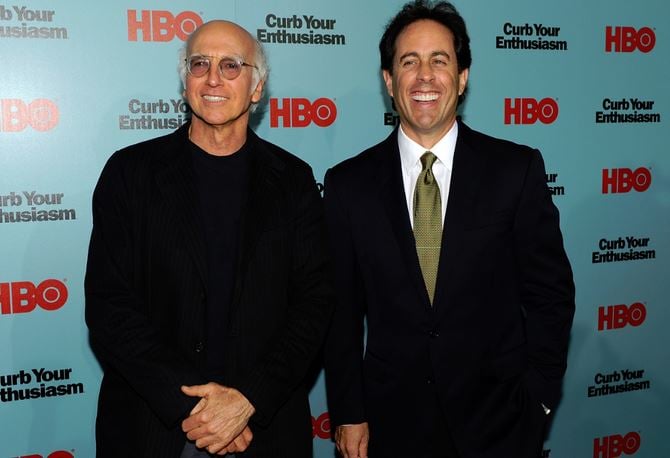 The show premiered as The Seinfeld Chronicles the day after Independence Day of 1989, in the middle of the summer. That’s known as a broadcasting dead zone because audiences are outdoors and on vacation. From the outset, the chances of being picked up for a full run were not good. NBC didn’t want the quirky sitcom about a mid-level comedian and his weird friends. Brandon Tartikoff, NBC president at the time, reportedly called the show “too New York, too Jewish” for the network. NBC Executive Warren Littlefield recently told Fox News that in the history of pilot reports, Seinfeld’s was one of the worst of all time. At one point, the show was even offered to Fox, but they didn’t bite. By all means, Seinfeld looked like it would go down in history as another failed TV pilot for the trash heap.

The show was thrown a lifeline at the 11th hour when the head of late-night at NBC gave up his budget for a Bob Hope special to fund the next four episodes that would become Seinfeld’s full first season. In an industry where 13 episode seasons are the standard, a six-episode offer is considered insulting. Four episodes is just downright humiliating.

After the show’s name was shortened, those first episodes ran in the summer of 1990. Seinfeld got enough of a boost from following NBC’s Cheers for the network to order a full, 13-episode second season. But again, the future of the series was threatened — this time because of its creators. Larry David, believing he and his star were out of stories to tell, urged Seinfeld to turn down the offer for a second season. Seinfeld didn’t listen and the show went on for another season, struggling against its time-slot competition, Tim Allen’s “Home Improvement”. By this point, though, Seinfeld got enough love from critics and the network to earn a fourth season. Then a fifth. Then a sixth… And so on until it grow into the ’90s television staple we all know today. In 1993, it won the Emmy for Outstanding Comedy, beating out rival Home Improvement. 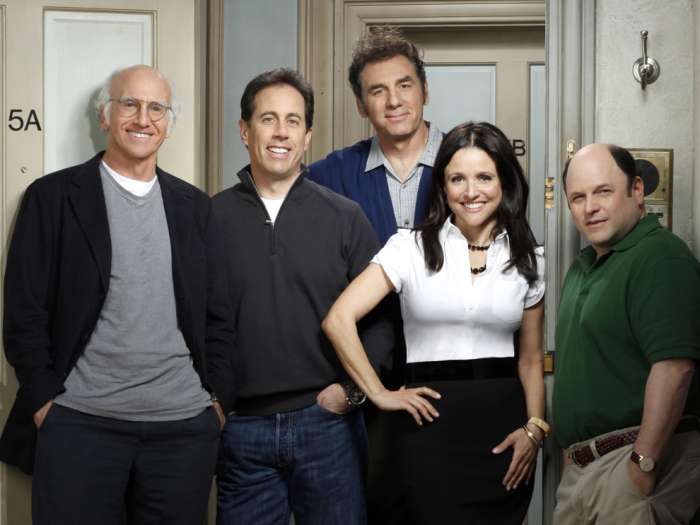 Seinfeld continued its reign at the top of the ratings through its ninth and final season. When, on Christmas of 1997, NBC announced that the show would conclude the following spring, the news made the front page of all the major New York papers. About 76 million viewers tuned in to its final episode, which aired on May 14, 1998.

Jerry Seinfeld reportedly was offered more than $100 million — $5 million an episode — to do 10th season of Seinfeld. A deal of that magnitude was unheard of at the time. Instead, he turned the offer down to focus on his personal life. But not before smartly negotiating, along with Larry David, an e xtremle lucrative profit-sharing syndication deal with Warner Brothers. Now in its fifth round of syndication 15 years after its finale, the 180 episodes of Seinfeld have earned more than $3 billion — some $17 million per episode — making it the most profitable 30 minutes in television history. While it’s not certain how much of that pie David and Seinfeld receive, some reports have estimated $1.7 billion in earnings for the duo when the syndication runs have been fully paid off. Other estimates say David and Seinfeld earn roughly $85 million per year to this day.

Unfortunately for cast members Julia Louis-Dreyfus, Jason Alexander, and Michael Richards, they missed out on the syndication gold. Instead, they get a cut of all Seinfeld DVD sales, which David and Seinfeld also get a piece of. And that, ladies and gentlemen, is how Jerry Seinfeld can afford to have one of the largest known personal collections of Porsches in the world. Do you think he made the right move by ending the show at its peak? Can you believe how close it came to never happening at all? I bet both Larry and Jerry are feeling pretty, pretty, pretty, good.