“What doesn’t kill you, makes you stronger” could be applied to lots of people, but it is especially true in the case of Tyler Perry.  As a child, the award-winning director, writer, producer, and actor was so abused by his father that he attempted suicide in order to get away.  Fortunately, his attempt did not succeed. As a way to escape his troubles, Tyler began writing. He would soon discover love of story telling that would eventually turn Tyler into one of the most powerful and successful people in the entertainment industry.  Like many of his plays, television shows, and films, his story is one of triumph against adversity, and of forging your own path despite the odds.  Here’s how one abused kid conquered his demons, took Tinseltown by storm and earned a $400 million fortune along the way. 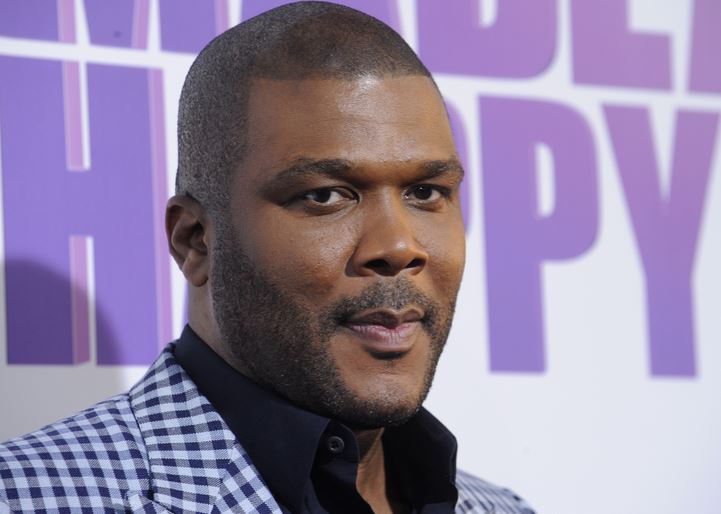 Tyler Perry was born Emitt Perry, Jr. in New Orleans, Louisiana on September 13, 1969.  His mother was a devout Christian and he grew up attending church every Sunday.  He was in awe of her joy at church and of her faith in God.  This would later inform much of his work.  At home, however, everything was different.  His father had a wicked temper, and Tyler is quoted as saying his father’s “answer to everything was to beat it out of you”.  He was sometimes left so beaten that he would black out for days at a time.  Church kept him safe from his father, but not from three churchgoers who began molesting him when he was five.  The beatings, which were severe and regular, combined with continual sexual abuse, led him to attempt suicide when he was a child.  He was unsuccessful in his attempt and left home as soon as he could.  He was unable to finish high school, but completed his GED on his own.

In the early 90s, he made a profound shift.  While working at an office, he happened to see a broadcast of “The Oprah Winfrey Show” which featured a writer who was speaking about how therapeutic the writing process could be.  With this in mind, Tyler relocated to Atlanta, and began writing letters to himself.  During this time, he worked whatever jobs he could find and lived out of his car.  Eventually, he’d saved $12,000 and had written his first play, “I Know I’ve Been Changed”, based on his series of letters.  He mounted the production in a community theater in 1992.  It was a critical and financial failure.  Despite the setback, he knew he had found his calling.  He spent the next six years reworking the show, attempting to fix everything that had been found wrong with the original script.  He opened the new version in 1998, and productions ran at the House of Blues and the Fox Theatre.  His mix of bedroom melodrama and Christian values began to catch on with African-American audiences, and over the course of the next few years, he would come to dominate what is now called the “urban theater circuit” (formerly known as the “chitlin’ circuit”).  To date, his eighteen plays, most of which he has written, directed, produced, and starred in, have grossed over $100 million in ticket sales.  The sale of DVDs of his shows, combined with show-related merchandise, has netted him another $55 million or so. 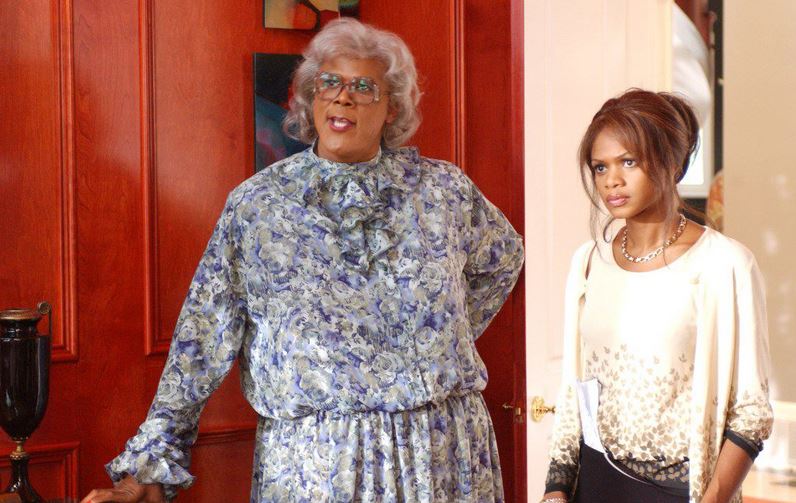 Diary of a Mad Black Woman

With his plays consistently packing houses, it was only a matter of time before Hollywood came calling.  In 2005, Lionsgate Films financed his first film, a film version of his play, “Diary of a Mad Black Woman”, for $5.5 million.  He adapted and starred in the project, which was directed by Darren Grant.  The finished product was not a critical favorite, but audiences loved it.  They loved it to the tune of just under $51 million, and made the movie #1 on its opening weekend.  Tyler Perry had a hit on his hands.  Since then, he has written, directed, produced and starred in 15 films, and has produced and/or acted in five others.  In addition to his film work, he has written and produced five successful television series, with a sixth set to launch on the Oprah Winfrey Network in 2014.  To date, his films have brought in over $500 million.  He also wrote and published a bestselling book entitled, “Don’t Make a Black Woman Take Off Her Earrings:  Madea’s Uninhibited Commentaries on Love and Life”, in 2006.  It received the 2006 Quill Awards for Best Humor Book and Book of the Year. Tyler earns an estimated $100 million EVERY YEAR from his multi-media empire.

Tyler Perry not only overcame his truly terrible childhood, but he moved beyond it in spectacular fashion.  Throughout his career, Tyler has been very clear about the fact that he is still working though some deep emotional issues stemming from his childhood trauma. He has also stated that his work is extremely therapeutic.  It is also immensely popular, and much has been written about the roles which faith, and the image of the strong black woman, play in his work.  Critically acclaimed or not, you have to admire anyone who is as prolific and consistently successful as Tyler Perry. After all his net worth is quickly approaching the half billion mark. Can’t mess with that kind of success! But perhaps more importantly, Tyler took a second chance at life post-suicide attempt, chose to be strong, and built an entertainment empire all his on own. If Tyler Perry can overcome that kind of adversity and make it to these levels of success, anyone can.

The Promota Magazine
← Previous Story How much is Mike Tyson worth?
Next Story → Former Isidingo star Lesego Motsepe dies