Zella Jackson Price gave birth to a daughter 49 years ago in a St. Louis, Missouri hospital, but shortly after delivery doctors told her that the infant had died.

But the baby was very much alive and, for some reason, was adopted by another family. 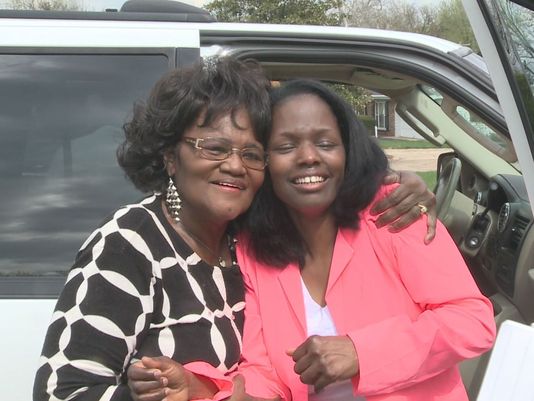 Fast forward half a century and Ms Price was reunited with her long-lost daughter, Melanie Diane Gilmore, in Missouri on Thursday, Fox 2 reported. She also met her daughter’s children, her biological grandchildren.

Ms Gilmore had told her two children about her desire to meet her birth mother and they used the internet to track down Ms Price, who reportedly is an accomplished gospel singer. DNA testing confirmed that the two are mother and daughter.

The Promota Magazine
← Previous Story At last! A man who dares to tell the truth about race: Ex-race tsar says silencing of race debate has done devastating harm to Britain
Next Story → Warned: UK’s Cameron to give police power to seize wages of illegal immigrants